Stress, the Individual, Wellbeing, Performance and the Workplace (Part One)

Stress, the Individual, Wellbeing, Performance and the Workplace (Part One) 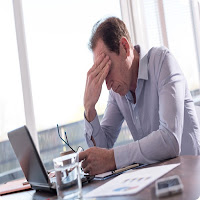 Stress is something that affects all living organisms and is an age-old factor of survival and life. Most people view stress as bad for health, yet it can also have a very positive impact on health. The human stress response has proven to be a highly effective survival strategy and one which has existed for as long as humans have walked the earth. The human reaction to stress or a “stressor” has barely changed for as long as we have existed, though times certainly have. Any form of perceived “stressor” can lead to the initiation of a stress response, and a threat does not have to be life-threatening. In modern-day life, the majority of people will probably never encounter a life-threatening situation. Yet, the physical and psychological impacts of stress in the modern world are clear to see. Part one of the full article on Stress, the Individual, Wellbeing, Performance and the Workplace (1 of 3) delves into what happens physiologically to stress. The article also discusses many different perceived “stressors” and how the body processes or deals with these.

Article written by Terry Davis MChiro, BSc (Hons), Adv. Dip. Rem. Massag.,  Cert. WHS.
As of December 31st 2020, the author chose to leave the Chiropractic profession and pursue studies within the Physiotherapy field. He no longer works as a Chiropractor and works as a Myotherapist in Morningside, Brisbane. The author possesses an unusual background for somebody who trained as a Chiropractor (McTimoney). His education, training, and practical experience span over two decades and relate to health's physical and mental aspects. He has also needed to push his own body and mind to the limits of physical and psychological endurance as part of his time serving in Britain's elite military forces. His education includes a bachelor of science degree in Business Management, with a specialisation in psychology and mental health in the workplace, an Integrated Masters in Chiropractic, MChiro and a multitude of soft-tissue therapy qualifications. His soft tissue qualifications range from certificate level right through to a BTEC Level 5 Advanced Diploma in Clinical Sports and Remedial Massage Therapy. Terry also has extensive experience in security, work, health and safety and holds relevant certifications. He has also taught as a senior course coach at Advanced Diploma level (Myotherapy / Musculoskeletal Therapy) in Australia, both theoretical and practical aspects including advanced Myofascial Release Techniques and has certification in training and assessment. Terry will have taught many of the first students to train as Myotherapists in Brisbane. Terry's combination of knowledge through education, training, elite military service, and personal injury history has paid dividends for the patients he sees and has treated over the last 15 years. He has extensive experience treating chronic pain and work and sports-related musculoskeletal injuries. Terry is still very active and enjoys distance running, kayaking, mountain biking and endurance-type activities.

Popular posts from this blog

June 16, 2018
Most of us will have twisted our ankle at some point in life and to varying degrees of severity and probably thought nothing of it. The chances are that most people will have never even sought any form of treatment after the ankle injury either, except in the most severe cases. However, even relatively minor injuries can create adaptive changes to our mechanics and the way we move. Such changes, can frequently lead to other issues at a later date, be it weeks, months or years later. The full article about ankle inversion and eversion injuries goes into far more detail about treatment options and the sorts of other issues that one may encounter due to unresolved trauma. Article written by Terry Davis MChiro,  BSc (Hons),  Adv. Dip. Rem. Massag.,  Cert. WHS. As of December 31st 2020, the author chose to leave the Chiropractic profession and pursue studies within the Physiotherapy field. He no longer works as a Chiropractor and works as a Myotherapist in Morningside, Brisba
Read more

May 10, 2018
Plantar Fasciopathy or Plantar Fasciitis tends to manifest as foot pain on the sole and near the heel bone (Calcaneus). Such pain can occur as a result of a specific or distinct injury or more often gradually over time. As with other Musculoskeletal related conditions, plantar fascia pain does not just impact highly active people. People living a sedentary lifestyle are very commonly affected by the condition, and this likely due to a combination of factors including adaptive tissue changes. Unfortunately, the tissues involved in this condition can be easily irritated during daily activities. In essence, the foot is always having to deal with applied forces, whether sitting or standing (more so when standing or moving). However, even though Chronic cases of the condition can be harder to resolve, it is still possible provided can identify and address the root cause of the problem. The full article about the  Plantar Fasciopathy or Plantar Fasciitis  explains more about the mech
Read more